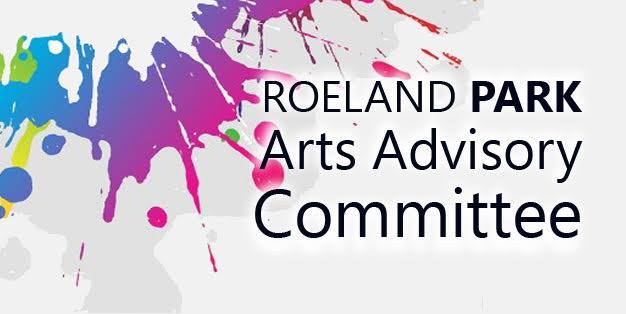 The mission of Roeland Park's Arts Commission is to give local up-and-coming artists the opportunity to show in the Gallery, gifting us with the pleasure of watching them grow. Roeland Park Arts Advisory Committee reaches out to area emerging and re-emerging artists.

If you would like to show your art in the George R. Schlegel Gallery, please contact Gallery Director Lynda J Leonard at Rpgallerydirector@roelandpark.org.

The City of Roeland Park is dedicated to promoting public art and local artists.
Click here to see photos and locations of public art in our city. 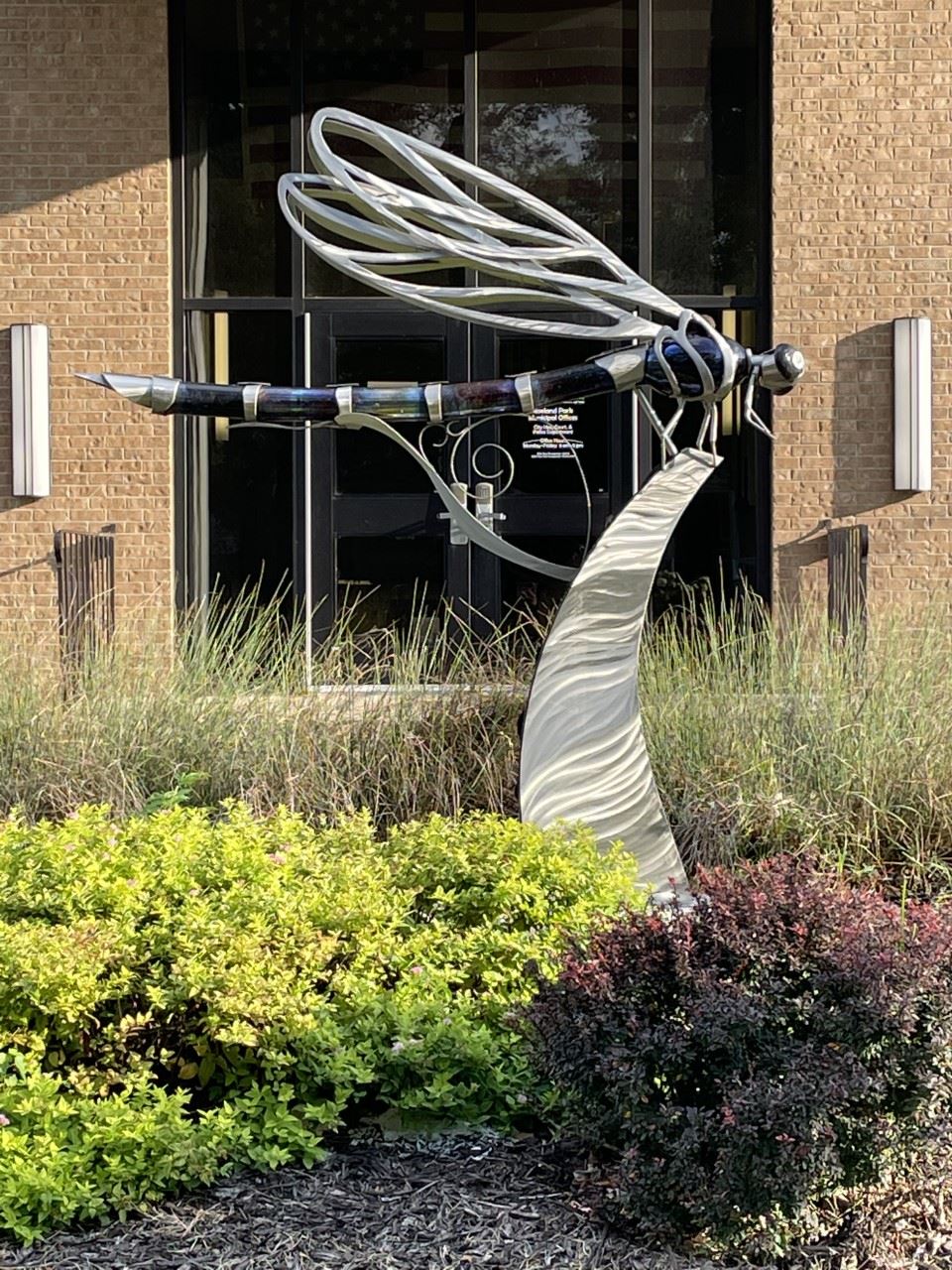 Artist Residents of Roeland Park are invited to submit 1 to 3 works
to be exhibited in the George R. Schlegel Gallery at Roeland Park City Hall.

See more about the George R. Schlegel Gallery on Facebook.

The Arts Committee makes decisions on art programs for the City of Roeland Park. There are five members on the board and terms last one year, beginning on January 1st.

Located on the second floor of Roeland Park City Hall, the George R. Schlegel Gallery is maintained by the Arts Advisory Committee. The Gallery features rotating exhibitions of local artists which can be viewed for free during City Hall's regular business hours. 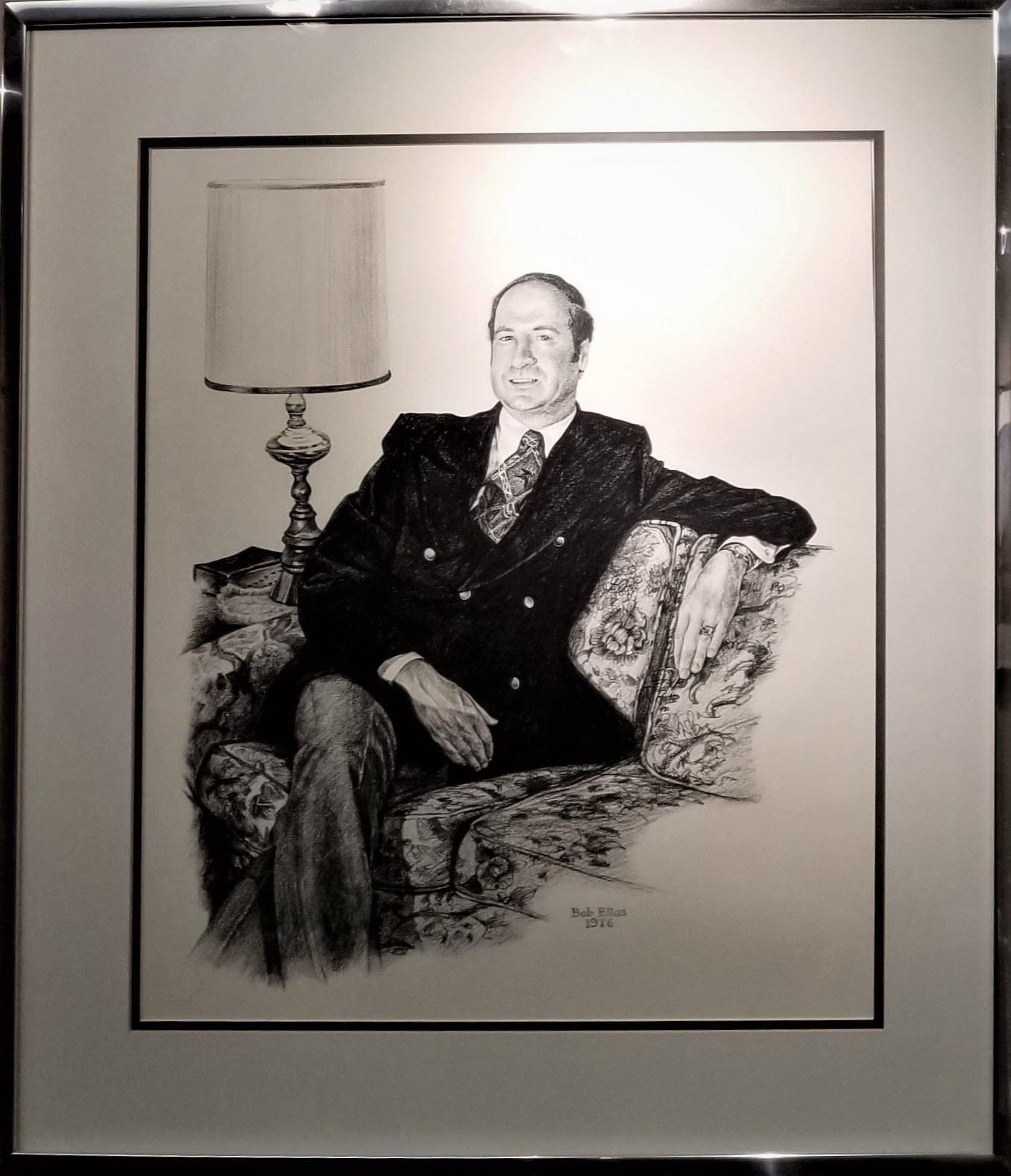 Born in Harrison, New York, in 1942, George was a fifth-generation art aficionado. His great-great-grandfather ran a lithography company in 1841, passed from son to son. George lived in Roeland Park for 38 years. In 1994, he started a 13-year stint with Arts in the Woods in Overland Park.

He read that the City of Roeland Park had purchased the old Wendy's corporate office building and asked then Mayor Joan Wendel to dedicate the 'new' City Hall with local artists' work. She agreed, and George set himself to the task of procuring artists and their work. That started the tradition of monthly rotations of new art in what was the Mayor's Executive Office, now the Main Conference Room and Gallery.

In 1998, George received the Arts Advancement Award from the Governor of Kansas, Bill Graves and became Arts Commissioner for Roeland Park. He served five years on Channel 19's Art Auction Committee. In 2012, George received a Commissioner's Citation Award from the Social Security Commission for volunteering in the arts. Working many years with no budget, George invited artists to display at what officially become "The George R. Schlegel Gallery of Roeland Park, Kansas" which was dedicated on October 17, 2015.

George passed away in 2021. Mary Schlegel, George's widow, says George would send an enormous "thank you" to the Arts Advisory Committee members for the energy and excitement they bring to their work.

"Truly", George would say, "Art is the magic in Roeland Park".

If you would like to show your art in the George R. Schlegel Gallery, please contact Gallery Director Lynda J Leonard at Rpgallerydirector@roelandpark.org. 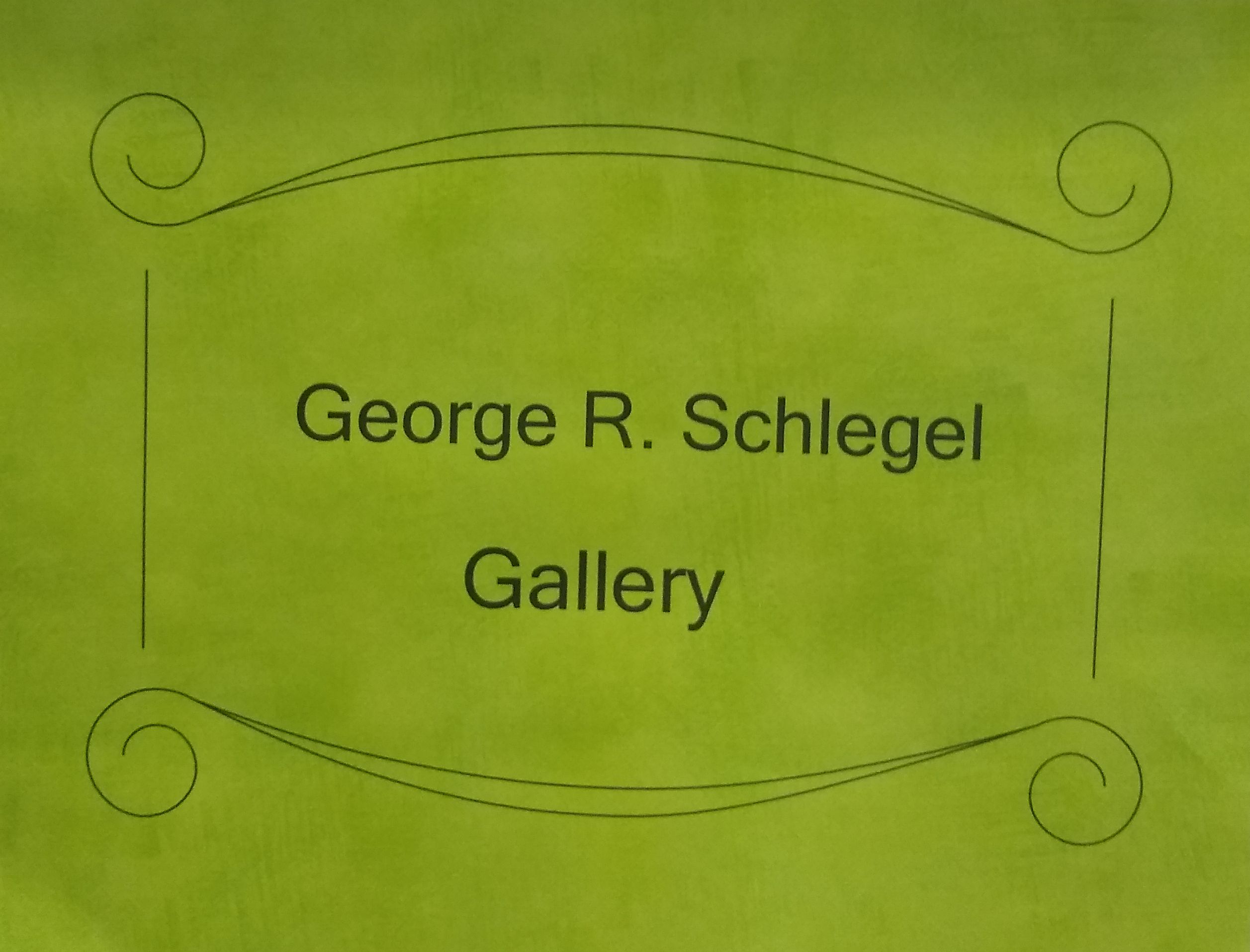